Home Innovation DevOps Why DevOps is imperative to Innovation

IT companies involve many moving parts, whether it is programming the actual code that comprises the product or the personnel that is actually deploying and supporting that code. The overall goal is to efficiently create (software) products that creates immense value in users’ lives. But to reach that point, IT professionals across development, IT operations, quality engineering, and security must closely collaborate to achieve that result. So let’s dive into DevOps.

One extremely effective strategy to continuously make this collaboration happen is called DevOps. Short for “development and operations,” At its core, DevOps is “the union of people, process, and technologically to continually provide value to customers.” Whether you are in charge of a young startup, a manager at a larger IT firm, or are just hearing about DevOps for the first time, it is critical to have a good understanding of its value and how it drives innovation.

A Basic Explainer of DevOps

DevOps is all about getting both software development and operations teams to accelerate the delivery of stellar software. The collaborating teams do this through a combination of automation, collaboration, fast feedback, and iterative improvement.

Gaining traction in 2007 and 2008, DevOps is a paradigm shift from the traditional software model. Before the rise of DevOps, the traditional software model called for those who write the code to be apart – both organizationally and functionally – from those team members who actually deploy and support that code. To put it another way, the development and operations teams were siloed. Close collaboration was virtually nonexistent, meaning that both groups of talent were less efficient and less collaborative across the entire development lifestyle.

DevOps is a game-changer because it breaks down these barriers. By focusing on DevOps, organizations forego significant handoff friction. Enabling close collaboration between both teams, these organizations capitalize on fluid responsiveness, shorter cycle times, and happier employees. Everyone is all-in on the same goals and objectives. There is more real-time feedback, with changes and improvements being more quickly implemented compared to the status quo. And lest we forget, with DevOps, organizations can more quickly release code while maintaining high levels of reliability and security.

Essentially, DevOps is a win-win for everyone involved. While DevOps isn’t magic, it can go a long way in making your organization more efficient and productive – all while increasing internal morale.

How DevOps Helps in Innovation

The DevOps revolution plays a critical role in making organizations more efficient, but it can also go a long way in helping those organizations become more innovative (including digital transformations). Much of it comes down to leveraging real-time feedback and incorporating that feedback into future iterations of the product. This feedback comes from both employees themselves and customers.

From employees’ perspectives, the removal of siloing through DevOps lets colleagues more easily share ideas. Innovation is less about the “flash of genius” moments of inspiration and more about the combination of seemingly random ideas. Because of this, increased collaboration and communication between the development and operations teams better enables the cross-pollination of ideas. Members of the development team (or operations team) may see something that catches their eye, and sharing that observation with the other team can lead to some novel product ideas.

In terms of customers, DevOps – due to it enabling the rapid release of the software – lets companies quickly iterate. While organizations may have a strong, compelling thesis about what their customers want, the customer rules. The software must solve their problems; otherwise, the company itself will struggle. With DevOps, companies can quickly release updated (and stable) software after getting customer feedback. They can take real-world data, incorporate insights into the next version of the product, release that product into the world, and get even more data. Essentially, DevOps lets companies complete the loop and continuously iterate to better serve customers.

The Rise of DevOps

Even though DevOps itself has been around for a little more than one decade, it has become a vital concept for all IT organizations. Yes, it may take some time to fully implement – especially if you work for a larger organization. That said, investing in DevOps can make any IT organization more efficient and productive. Not only does it satisfy members of the development and operations teams, but customers are happier due to the increase in customer experiences. What’s not to like? Tell me your thoughts in the comments below!

DevOps is all about getting both software development and operations teams to accelerate the delivery of stellar software. The collaborating teams do this through a combination of automation, collaboration, fast feedback, and iterative improvement.

What does DevOps stand for?

Short for “development and operations” 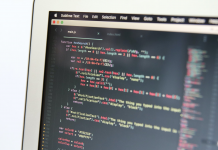 This website uses cookies to improve your experience while you navigate through the website. Out of these cookies, the cookies that are categorized as necessary are stored on your browser as they are essential for the working of basic functionalities of the website. We also use third-party cookies that help us analyze and understand how you use this website. These cookies will be stored in your browser only with your consent. You also have the option to opt-out of these cookies. But opting out of some of these cookies may have an effect on your browsing experience.
Necessary Always Enabled
Necessary cookies are absolutely essential for the website to function properly. This category only includes cookies that ensures basic functionalities and security features of the website. These cookies do not store any personal information.
Non-necessary
Any cookies that may not be particularly necessary for the website to function and is used specifically to collect user personal data via analytics, ads, other embedded contents are termed as non-necessary cookies. It is mandatory to procure user consent prior to running these cookies on your website.
SAVE & ACCEPT
MORE STORIES