As we go through the different mega trends in our disruptive era, there are is wide range of new technologies and innovations which have drastically changed the way people communicate with each other and their environment. Examples of such ground-breaking technologies are Augmented Reality (AR) and Virtual Reality (VR): two disruptive technologies which brings the physical world and digital world closer together. So, what is Augmented Reality and Virtual Reality? Whereas, right now, these innovations are only touching our day-to-day lives in a superficial way, they are bound to be implemented in many more applications in the near future and will have a strong influence in how people interact with their direct environment.

What is Augmented Reality and Virtual Reality?

Augmented reality (AR)is the technology which allows digital information to be layered on top of the physical world by means of eyeglasses or other digital devices. The main advantage of the AR technology is that, instead of providing information by means of a stand-alone display, it can provide immersive information which can be perceived as being an extension to the physical environment. In this way, applications which make use of Augmented Reality allow their users to acquire relevant information almost instantaneously. Equipping such technologies which high-end algorithms and Artificial Intelligence allows this information to be individually tailored for the user, providing a vast amount of new use-cases.

Instead of layering digital components on top of the physical world – as is done in Augmented Reality – Virtual Reality (VR)allows users to be fully immersed within a virtual environment by means of VR-headsets such as the Oculus Rift. By wearing this headset, which usually covers the person’s full visual field, one is able to experience a 360°-degree experience of a computer-generated 3-dimensional space. Usually, this headset can track and react to the person’s head moments and position, allowing a person to move within this virtual environment in the exact same way as in the physical environment.

The current applications of AR and VR are mainly focused on the entertainment- and industrial industry. For example, the mobile gaming industry has taken note of augmented reality, resulting in the widespread development of location-based AR games such as Pokémon Go. In addition, increasingly more entertainment companies are investigating VR-based games in which players can fully immerse in the gameplay and literally ‘live the game’.

Another widely discussed application within the virtual reality landscape is the so-called ‘Digital Twins’. As the name suggest, Digital Twins are twins – or replica’s – of a physical product in the digital environment which have proven to be of great value in a wide range of different industries. For example, it is possible to create Digital Twins of buildings, machines, or other large objects, allowing one to perform different preliminary tests or have a look – by means of VR – at the aesthetics of the product. In addition, the use of Digital Twins as a representation for the human body has also been suggested. One could, for example, use their Digital Twin as a digital avatar to communicate on social media platforms or to represent themselves during a meeting. In addition, human Digital Twins could be used for modeling a person’s genome, lifestyle, and characteristics in order to help medical personnel in predicting – and possibly preventing – potential health issues.

The future of AR and VR

Industry leaders and technology analysts have preached that more than 1 billion people will use AR or VR-based applications on a daily basis by the end of 2020. These numbers demonstrate the huge potential of this new, fast-growing market, and the effect they will have on current, long-standing industries. 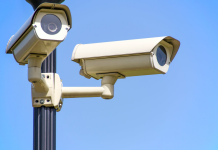 Do the Benefits of Facial Recognition Outweigh the Concerns?

This website uses cookies to improve your experience while you navigate through the website. Out of these cookies, the cookies that are categorized as necessary are stored on your browser as they are essential for the working of basic functionalities of the website. We also use third-party cookies that help us analyze and understand how you use this website. These cookies will be stored in your browser only with your consent. You also have the option to opt-out of these cookies. But opting out of some of these cookies may have an effect on your browsing experience.
Necessary Always Enabled
Necessary cookies are absolutely essential for the website to function properly. This category only includes cookies that ensures basic functionalities and security features of the website. These cookies do not store any personal information.
Non-necessary
Any cookies that may not be particularly necessary for the website to function and is used specifically to collect user personal data via analytics, ads, other embedded contents are termed as non-necessary cookies. It is mandatory to procure user consent prior to running these cookies on your website.
SAVE & ACCEPT
MORE STORIES